Calamities and natural disasters can bring out the best of us and the worst of us.  With social media as one of the most active forms of communication at the height of hurricane Sandy, truths and lies spread like wildfire on Twitter and Facebook. I know my friend was there and what he shared with me was completely different than the news outlets. 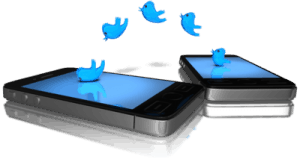 CBS has reported that over 3.5 million tweets was sent with the #Sandy hashtag; and 10 photos per second were uploaded to photo-sharing site Instagram.  During the power outage, social media provided more than just up-to-the-minute updates about the storm from media and civic organizations.  It was the best alternative to keep in touch with family and friends.

Jim sent out updates on his Facebook and used Twitter as well. It eased our minds and connected Americans and beyond in ways the world didn’t know until recently. So what can we learn from this about our own branding and use of media.

As quickly as the tweets burned with true and almost real-time information,  ripples of lies and some exaggerated truths  were  circulating within Twitter Ville.  Yet folks were smart enough to dispel it.  Tweeps have informally created an ecosystem of check and balance.   Fact checking, verification, and correction of information happen quickly.   Concerned Tweeps and news organizations are on their toes to verify information.  Well, Twitter may not be lie-proof, but the good news is – people still care and have the empathy  to uphold the truth. As BuzzFeed’s John Herman writes, “There, your claims are checked by your friends; on Twitter, if they spread, they’re open to direct scrutiny from people who might actually know the truth.”

What lesson should you take away from this? Always be honest when you talk about your business the world is watching,